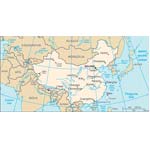 The TEFL/ESL market in China is huge and always growing. With a population of over 1.4 billion, one of the fatest growing economies in the world, and international trade so important to the country and the upcoming 2008 Olympic Games, the supply for ESL teachers is not enough to meet demand.

China is a very large country with a very long rich history, with are so many different environments that a teacher can chose to teach in China. Teachers are spoilt for destinations to teach in China, these include:
- Beijing - The sprawling, crowded capital
- Shanghai - As one of the most modern cities in the world, you could forget that you were even in China
- North West China - You could teach English in Urumqi the furthest inland city in the world, located in the middle of deserts and with a high muslim and turkestan/gypsy population. Or teach English in Tibet, high in the Himalayan mountains.
- South West China - The far South West of China (Kunming) borders Thailand, Myanmar and Laos - this region is sub-tropical with populations of hill tribes
- North-East China - Region of China bordering Russia and having winter temperatures drop 30 degrees below zero.
On top of the above destinations there are hundreds of cities in between that still offer you a rewarding experience where you can teach English and take in the Chinese culture.


Foreign language schools are in every city in China, with many cities having up to 10 private schools that hire Foreign ESL teachers. On top of the private language schools, kindergartens, government primary and secondary schools also higher foreign teachers to teach classes / host English corners, although alot of these are done through the private language schools. Universities normally have 2-4 English teachers living on campus teaching full time. There are opportunities in the private sector with English teaching positions available in large corporations with their own in-house English training.

Most positions in China are found before arriving in China, as these are advertised frequently on the internet and in other press, but you would also have no problems arriving at schools and looking for positions in that way. Schools prefer to have qualified and experienced teaches but alot of school also base their hiring on looks. For this reason, on the one hand you may frequently find non native speakers from European countries teaching English in China, and then also hear stories of overseas born asian teachers or coloured teachers (native English speakers) who are rejected at some schools based on their appearance.

While the importance of English is outlined in China, and with children taught English from kindergarten through to secondary school, the standard of English exhibited by most is quite poor when compared to other countries. But with business and succeeding so ingrained in society the learning of English and participating in extra-circular activities is strongly puched onto the children by their parents.

Living expenses in China can be very cheap, as long as you can avoid luxeries such as McDonalds and other western imports. Most schools offer to cover your flights to China on completion of your contract and some may provide some type of insurance. It is however very important that teachers make sure they get the proper working visa. Many schools lure ESL teachers to China on the promise of a working visa, but many teachers find themselves stuck on just a business visa, which makes them illegal workers and does not offer them the extra protection of the 'z' visa.

Pay for English teacher depends on where you are teaching and is also based on your negotition skills, your experience and qualifications. Teaching in one of the developed major cities at a private language school you should expect somewhere in the range of 4,500-8,000 RMB per month (aound 600USD to 1000 USD) - for teaching a 20-25 hour week. Universities normally pay at the bottom end of this. For more rural cities and out of the way locations (such as teaching English in Xinjiang, Gansu, Shangdong, etc) you would probably expect somewhere in the range of 2,000-3,000RMB - but then your living expenses should be much less.