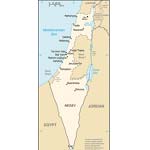 The Israel is a country in the Western Asian Levant, on the southeastern edge of the Mediterranean Sea. It borders Lebanon on the north, Syria and Jordan on the east, and Egypt on the south-west

English is in very strong demand, with most of the young population very interested in learning English and very good learners. Because of this there are plenty of opportunities for TESOL English teachers in Israel. To teach in Israel you must hold a college degree from your home country and preferably have some sort of English teaching qualifications (TEFL, CELTA, TESOL, etc). Israelis have a real interest in English and are a pleasure to teach most of the time, picking up the language very quickly.