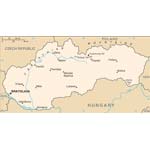 Slovakia is a landlocked country in Central Europe with a population of over five million. The Slovak Republic borders the Czech Republic and Austria to the west, Slovakia to the north, Ukraine to the east and Hungary to the south. The largest city is its capital, Bratislava. Slovakia is a member state of the European Union.

As with the rest of Eastern Europe the 90's saw the opening of the gates allowing Western culture and the English language to flood in. Native English teachers were in great demand and it was fairly easy to pick up any job just by being a native English teacher. While it has quietened down alot since those days, and most places now require some form of TEFL/CELTA qualification and/or experience, there is still a strong demand and a shortage of English teacher teaching in Slovakia.

Teachers considering spending a minimum of a year in Slovakia may instead want to find a position at a university or college, a high school, or even an elementary school. Such positions are competitive in Bratislava, but universities and colleges in rural regions have openings.