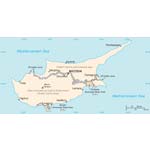 There are hundreds of private language schools in Cyprus interested in having native English speaking teachers, although competition for these positions can be fierce and it is advised that positions are secured from home before arriving in Cyprus. Jobs are also available in Unversities and schools, however usually require teachers to be MA qualified.